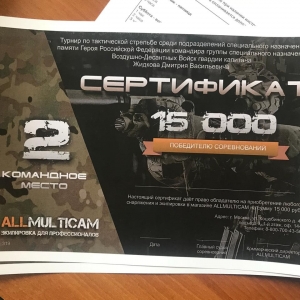 Tactical shooting tournament as a tribute to Guards Captain airborne commander D. M. Zhidkov, the Hero of the Russian Federation

The tournament exhibited as an experimental combination of crossfit and shooting. The main goal of it was to demonstrate the benefits of sports to the people safeguarding the country.